I love fairy tale retellings, and I’m quick to mention them among my favorite types of books. However, I’ve noticed recently that I become annoyed when I come across elements in fairy tale retellings that are overly focused on characters’ appearances.  These are almost traditional elements that I would not have thought twice about if I’d read the book when I was younger (or maybe I would have even enjoyed them!).  Trying to pinpoint the reason for my dislike has been difficult, but I think it falls somewhere in finding this type of writing a bit of a cop-out, the idea that unusual things happen in a character’s life based on extreme, unrealistic reactions to their appearances.

For instance, Echo North is one of the best books I’ve read this year, but I was struck in the beginning by the fact that all the character’s troubles stem from a time when she is attacked and scarred by a wolf as a child.  After that, she’s branded.  She’s marked as devil by the villagers, and they shun her.  She has no friends, no prospects, basically no happiness in life.  And that seems wild to me.  I am aware that various societies have long histories of considering people’s outward appearances to be some sort of reflection of their inner personalities, and certainly “ugly” people might be shunned or thought to be evil.  However, in this book, other characters know what happened to her; she was attacked by a wolf!  As a child!  So the plot point that they would all hate her afterwards seemed unrealistic to me.

I came across a similar plot point in Briar and Rose and Jack (a middle grade novel, while Echo North is young adult).  There are twin girls born to a king and queen.  One is ugly.  One is beautiful.  The king decides that the ugly one can’t be the heir because…people would lose faith in the crown (ok?), so he makes everyone swear to forget her real parentage and raises her in the castle as a supposed orphan.  As she grows, still ugly, nearly everyone in the castle mocks her or shuns her.  Like the protagonist in Echo North, she has essentially no friends because of her appearance.  She also has a bishop willing to directly tell her she’s ugly because she’s evil.

Again, I know people can be discriminated against for not being “beautiful,” both historically and today, but the way ugliness is used as the catalyst for plots in fairy tale retellings is still becoming irritating to me.  It seems to be a simple means for authors to create drama.  Why would the protagonist take some desperate actions in the book?  Oh, they have no friends and little hope.  Why do they have no friends?  Oh, everyone hates them because they’re ugly.  Perhaps this is reductive, but the ugliness does frequently seem used as a plot point more than anything else.  Certainly there’s some standard reflection on the injustice of the character’s treatment and some looks into how they feel about it all, but I don’t think the authors are really going for commentary on appearances and social interactions.

On the flip side, however, I’m also becoming a bit disenchanted by fairy tale characters who are especially beautiful.  As a child, I was all into gorgeous heroines with purple eyes and alabaster brows or whatnot.  Today, I literally stopped reading a book several pages in because the protagonist was a special snowflake character who didn’t look like anyone else.  Putting my finger on why this annoyed me was, again, difficult, but I think it was the same problem I found with the ugliness; it comes across to me as a lazy way to make the character “special.”  The author is using appearance to jump start the plot or even the characterization, and I’m finding it increasingly unrealistic and unrelatable, even though it’s an element common to many fairy tales.

I’m still going to be a voracious reader of fairy tales; I’ve just developed a personal pet peeve about characters being unusually ugly or unusually lovely.  My ideal character going forward would just look kind of normal, maybe pretty or maybe less than pretty, but not so different-looking their looks start substituting for the plot.

What do you think? 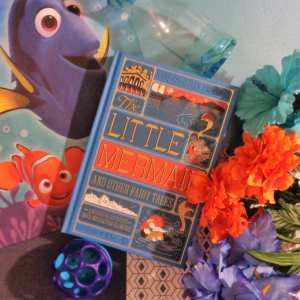