The Great American Read is an eight-part television series celebrating and discussing America’s top 100 novels as chosen by a survey of approximately 7,200 people.  Americans can vote on their favorite book once a day until the winner is revealed on October 23.  Here at Pages Unbound, we’ll be joining the fun by reading, reviewing, and discussing some of the nominees! 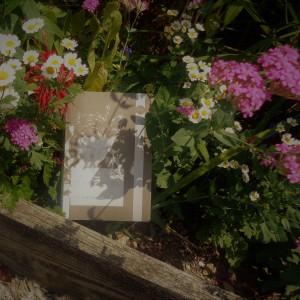 Fourteen-year-old Ponyboy is a greaser, a social outcast locked in an endless struggle with the Socs, wealthier kids from the other side of town.  He is fairly content with his life, however, because he has his brothers and his friends, a close-knit group who would do anything for each other.  Then one night the fight between the greasers and the Socs goes too far and Ponyboy’s life is changed forever.

I lie to myself all the time. But I never believe me.

I never read The Outsiders before because I thought it was a book about gangs that schools assigned mainly to be hip and try to appeal to the youth by reflecting back “their own experience” to them.  If you want to assume for some reason that the average youth is part of a gang.  However, once again I was mistaken about one of the titles nominated for the Great American Read.  The Outsiders is a sensitive, gripping story about belonging and growing up–one well worth a read.

Ponyboy does not glamorize the life he leads or the people he calls friends, making The Outsiders a nuanced look at social class.  He trusts his friends without reservations and he highlights all their good attributes.  At the same time, however, he can admit that a man like Dallas is trouble and not the type of man a girl should date.  He wonders how the “nice” girls see boys like him and what it would be like to talk to or date one.  He wouldn’t trade his life or his friends for anything, but his loyalty to them is all the more impressive because he knows precisely how imperfect they all are.

The commentary on class divisions is a little less developed, with Ponyboy mainly relying on the thought that some people, both Socs and greasers, watch the sunset.  That is, he acknowledges that they have more similarities than might be thought apparent, but he never really gets close to a Soc, nor do individuals from either side ever really cross over to get to know the other.  In this sense, the book is realistic; S. E. Hinton does not pretend that a few friendly words or one person with a vision can immediately end class warfare.

This ultimately gives the book a bit of a cyclical feel, with nothing changing and Ponyboy ending much where he began.  Still, the ending does not feel hopeless.  Ponyboy still has dreams and imagines that one day he’ll get out, allowing his brothers to rise above their current place, too.  Perhaps that is the book’s ultimate power.  It suggests that hope is always possible.

Though at times The Outsiders can feel like a bit of an info-dump, with Ponyboy explaining class divisions explicitly for those who do not understand the idea, on the whole it is a thoughtful, engaging read.  Ponyboy and his friends immediately invite the sympathy of the reader, who is asked to imagine both what it is to live as an outcast and to live among a band of brothers who would die for each other.  The book really wants to drive home the message that shades of  grey exist in all people in all groups.  It succeeds by telling a compelling story with characters who feel like friends.

S. E. Hinton was born in Tulsa, Oklahoma.  She wrote The Outsiders at the age of sixteen after being disappointed by the type of books available for teens.  It was published in 1967 by adult imprints, but was highly popular among teachers.  Some of Hinton’s other works include Rumble Fish, Tex, and That Was Then, This Is Now.

Take the quiz to see how many of the Great American Read nominees you have already read!

9 thoughts on “The Outsiders by S. E. Hinton”

HOTEL MAGNIFIQUE was one of my favorite YA books so far this year!
So excited I received an ARC of KID TRAILBLAZERS to go with my other #KidLegends books.
What even is Ned's role in the Nancy Dew books???
Fun #bookmail from @quirkbooks!