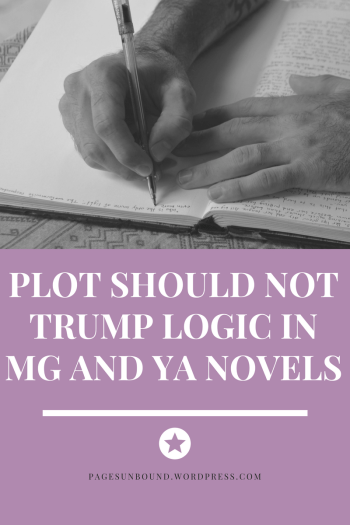 Although I continue to be a huge fan of both middle grade and young adult novels, I have been increasingly frustrated recently with the number of books I’ve read that seem to disregard logic and facts in favor of a fun plot.  A friend of mine has remarked that it seems as though the current market frequently rewards books that come across as unique, high concept reads in a pithy two-sentence pitch or a brief query letter–which is not always the same as books with strong writing–and I have to agree to some extent.  I simply keep reading books that sound as though they have a cool premise, only to realize that the execution of that premise doesn’t really make sense.  I think children’s books (by which I mean both MG and YA) can do a lot better for their readers.

It seems as though the argument often comes down to “Readers, particularly young readers, won’t notice or care,” and perhaps that’s true to some degree.  A lot of books that I find completely illogical and unbelievable do quite well in the sales department.  However, I believe it’s important to keep in mind that readers learn things from books–even things that aren’t “the point” of the book.  I’m far from being a proponent of the idea that books must be or should be primarily educational or didactic, but when readers pick up tidbits from books anyway, shouldn’t we be careful about what we’re teaching them?

Not all factual learning comes from nonfiction.  I can still remember reading Cornelia Funke’s Inkheart and learning  that feeding cheese to a dog will dull its sense of smell.  (Actually, that’s not true, but it’s what Funke taught me, and I kept it in mind for many years before discovering it’s a myth.)  I remember learning things about combat and training from Tamora Pierce books.  I remember learning it’s dangerous to shut yourself in a wardrobe from C. S. Lewis (not that I’ve ever had the opportunity.)  Basically, I remember learning a lot of things from fantasy that could apply to real life.

So it drives me a bit nuts to read books that blithely ignore facts because the author thinks it will make a more exciting story.  My eyes may have twitched a bit while reading Krysta’s review of Mr. Lemoncello’s Great Library Race, in which the mayor of a town decides to ban Mr. Lemoncello from his own privately funded library and install new directors after Mr. Lemoncello is accused of a decades-old crime of intellectual property theft. I admit it; this is all very dramatic.  But the book misses the mark by teaching young readers, completely incorrectly, that a city mayor has the authority to ban someone from his own private property.  It misses the opportunity to teach young readers the difference between a private library and a public, government-funded one because, apparently, the truth isn’t interesting enough.  This does a disservice to readers who may finish the book with some very warped ideas about how these things work (and this in a book that extols the virtues of research and fact-checking!).

So, no, I don’t think children’s books need to be a catalog of “fun facts” written for the education of the young, but I do wish authors would invest in writing plots that are both exciting and factually accurate.  Readers can pick up on even small details, so making sure your book isn’t tossing logic out the window in favor of genre can be pretty important.

What do you think?  What have you learned from books? Are there any books you wish weren’t so…inaccurate? 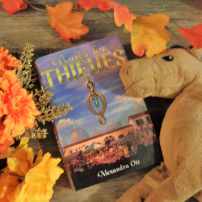 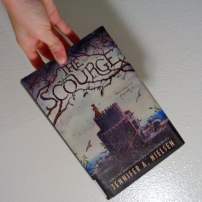 Happy February! ♥️
Look what Krysta found underneath her tree!
I received a couple early Christmas gifts from a friend! It looks as if I have some cookie baking to do! 🍪
It's definitely getting to be hand warmer weather! I've already used this one several times!