Emily’s parents have a quest to live in each of the fifty states, so this time it’s off to San Francisco, which just so happens to the home of Garrison Griswold, creator of Emily’s favorite game Book Scavenger.  Then Emily finds what appears to be the start of Griswold’s newest game.  Along with her new friend James, she’s ready to break ciphers and follow the clues to an unspecified treasure.  But others are after the treasure as well and they’re not afraid to break the rules.

Matilda is a genius, but her parents, obsessed with making money and watching television, can’t see that.  Luckily, Matilda soon discovers the library and can forget for a moment her abusive family life by escaping into different worlds.

The Island of Dr. Libris by Chris Grabenstein 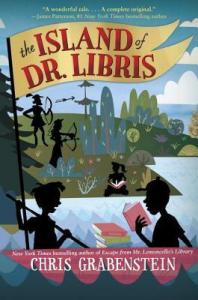 Billy is spending the summer with his mother at the lakeside cabin of one of her colleagues, Dr. Libris, but unfortunately, there’s nothing to do–no television, no phones, no video games.   Forced to read, Billy opens the bookcase and dives into a world of magic and adventure.  But soon the clangs of swords and the crashes of giants seem to sound real.  Is it just Billy’s imagination or are the stories coming to life? 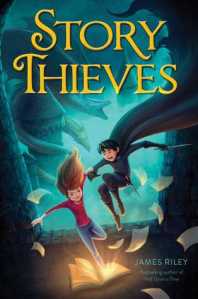 Owen finds life incredibly boring and escapes every chance he can get into one of his favorite books.  Learning that his classmate Bethany can actually jump into stories and experience them, then, is just about the greatest revelation ever.  Bethany warns him they cannot interfere with any plots, but Owen longs to change the course of his favorite series and become a literary hero. But Owen’s actions have unintended consequences and soon he finds himself starring in what could be his first and only adventure.

The Shadow of the Wind by Carlos Ruiz Zafon

The son of an bookseller, Daniel discovers  a long-forgotten copy of The Shadow of the Wind by Julián Carax.  Finding that this is one of the kinds of books that changes a life, Daniel sets off to acquire more of the author’s works.  Instead he learns that someone has been destroying all of Carax’s books and that he is now enmeshed in an old mystery surrounding Carax’s life.

The Book Thief by Markus Zusak

Set in Germany during WWII, this story follows foster girl Liesel Meminger as she steals books from her neighbors and shares them with the Jewish man hiding in her basement.  A moving narrative about the power of words to help people survive.

7 thoughts on “If You Like Books About Books, Then Read…”