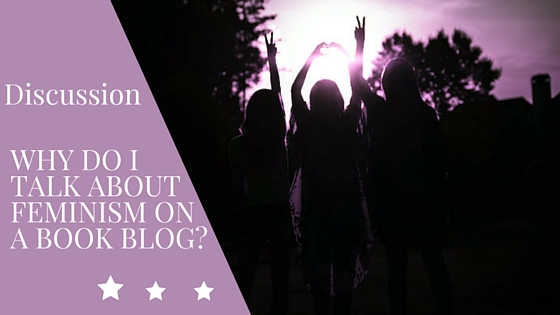 The other day a close friend remarked to me that she’s noticed that I’ve become more outspokenly feminist–the implication was that this is annoying.  Why address the ways in which television shows objectify women woman?  Why talk about how female characters are given or not given agency in stories?  Can’t we just enjoy them?  They’re just entertainment, right?

This interaction was followed by another in which a female friend recommended a reading (not to me personally, but to someone else I know) that would show that, essentially “feminism is bad because it makes women hate men.”  I wanted to pound my head against a wall while yelling “What about wage equality or adequate childcare provisions during employment or the ability to walk down the street safely?”  I knew this would not be a productive response, however, so I refrained.

But here’s the thing.  My feminism may be annoying to some people, but it’s not something I can divorce from myself.  Simply by existing as a woman, I am faced with the reality of sexism every day.  I can’t escape it and I can’t stop it from affecting the way I think and act.  Here’s what a typical day might look like for me (and I’m sure many will share these experiences):

So.  The patriarchy is all around, right?  A girl can’t even decide on an outfit without thinking how that will affect her job or who approaches her after work.  These are all “small” things, of course, and don’t even take into account wage inequality, the difficulties of working while pregnant or with children, the difficulty getting hired if you employer thinks you might become pregnant, the difficulty advancing in a career when women receive less credit for doing the same amount of work as men do, etc.  But that’s my reality.  And I am ticked off about it?  Of course.

I exist as a woman who has to deal with all of this, so when I read or watch a story and see how women are treated, I can’t pretend I don’t see what’s happening or how it could affect how women are treated in real life.  Stories affect people.  They change lives.  When we constantly erase women from media or refuse to show them in certain careers or illustrate them as having value only insofar as they support a man’s love life, then we are telling society that this is how women are to be treated.  And that is not okay.

I don’t explicitly talk about feminism or portrayals of women in everything I do–that would be exhausting and sometimes, yes, I do want to try to enjoy a film as best as I can despite how the women in it are treated.  Yet I also think it’s impossible to separate one’s identity, one’s experiences and background, from one’s writings.  The world and body I inhabit necessarily affect the way I think.  If some people don’t like that I am feminist, that I believe women and men are equal in dignity, I can’t help that.  I can’t morally justify to myself not talking about the injustices that I see.

42 thoughts on “Why Do I Talk About Feminism on a Book Blog?”