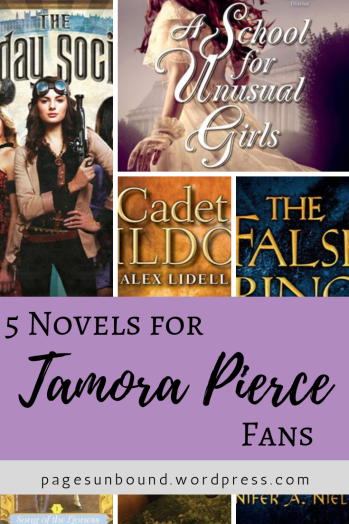 If You Like, Then Read is a feature where we offer reading suggestions based on books you already like, scheduled once a month. If you have more suggestions, feel free to tell us in the comments! You can check out the rest of these lists here 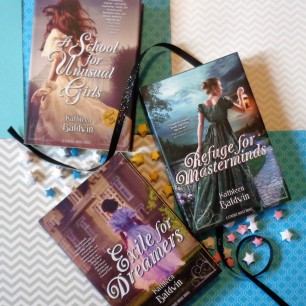 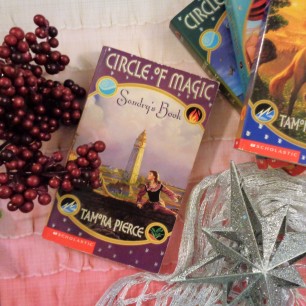 A School for Unusual Girls by Kathleen Baldwin

When Miss Georgianna Fitzwilliam’s parents become frustrated with her out-of-control science experiments and unladylike behavior, they send her to England’s most notorious reformatory school.  None of them know that Stranje House is more than a school for Regency England’s rich and powerful young ladies. It’s a front for an organization that trains girls of unusual talents to serve their country as scientists, diplomats, and spies, and Georgianna is about to become entangled in some dangerous plots.

In Katsa’s world, a select few are born with Graces, an incredible skill in one area.  Unfortunately, Katsa was born with the Grace of killing, and her uncle the king uses her talents to terrify his subjects.  Then Prince Po comes to court, looking for his kidnapped grandfather, and Katsa goes on a journey with him that will change her forever.

The Friday Society by Adrienne Kress

In Edwardian London, three young women find themselves inexplicably drawn to solving the same mysterious murders.  Together, Cora (a lab assistant), Michiko (a samurai), and Nellie (a magician’s assistant) will employ their unusual talents to track down the criminal who has eluded all the experts.

The Cadet of Tildor by Alex Lidell

Commander Korish Savoy is irate when he is called from his important duties at the front lines to teach teenagers how to fight at the royal Academy.  Cadet Renee de Winter is elated at her chance to meet the hero she has only read about.  The two become much closer than either of them would have expected when Savoy is kidnapped to fight in the underground death matches, and Renee appoints herself his rescuer, even if it means her expulsion from the Academy.

The False Prince by Jennifer A. Nielsen

Connor, a nobleman in a kingdom on the brink of civil war, has created a plan to hold his country together.  He gathers boys from orphanages across the land, seeking for the perfect boy to present to the court as the long-lost prince, the rightful heir to the throne.  Although Conner presents his motives as pure, Sage is skeptical.  His tongue is as sharp as his mind, but he finds he may have to compete for the role of prince as keenly as the other boys if he intends to come out of the plot unscathed.

5 thoughts on “If You Like Tamora Pierce, Then Read….”